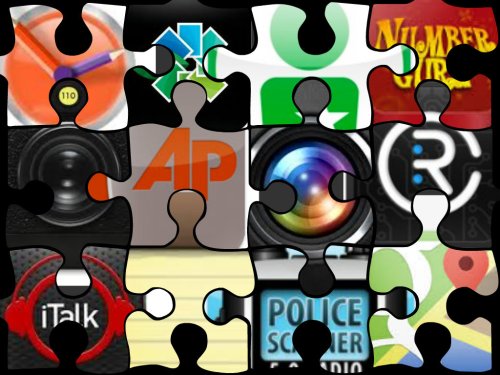 The background check app, the transcribing app, the phone checker app, the police scanner app…Much has been made of the potential use to journalists of the myriad apps available on our smartphones. But which apps do journalists really use? And which are the best ones for journalism students to know about?

I did a little checking around with journalists in the field, some younger, some older, and found the more folks I asked, the more apps they told me about.

Photographers like Robert Sabo, a photojournalist at the New York Daily News and an adjunct professor at SUNY Purchase, talked about extremely specialized photography apps like LightTrac which gives perfect predictive lighting and shadow data for locations, allowing him, on one occasion for example, to find the exact location and time to shoot a picture where the sun glowed behind the Statue of Liberty’s torch.

Foreign correspondent, Borzou Daragahi, who is based in Cairo and covers North Africa and the Middle East for the Financial Times, said he employs a variety of apps including a Virtual Private Network program called CyberGhost which he uses when in sensitive countries covering sensitive issues and doesn’t want the government knowing what he’s doing online.

Linda Blackford, an enterprise reporter at the Lexington Herald-Leader, said in a Twitter exchange with me that her most useful app is Solitaire. I thought it was some fancy newfangled program I’d never heard of. “The card game,” she said. “For covering long meetings.” Hah!

The more reporters I questioned, the more apps I learned about. But a basic few kept getting repeat mentions. Here’s what I found: (Sorry Android users, my list is a little iPhone-centric.)

The AP Style app is an obvious contender for this list. It’s not free, sadly. The cost is $24.99, which is a little off-putting since the book is available used for a fraction of the price. But consider this: portability. And having it might make you more likely to use it, which can only be a good thing! The only downside: for students using it in class, you might want to tell your professor you’re on the phone checking AP Style, not texting.

Voice Memos  is one of a number of apps that have prompted reporters to ditch their voice recorders and use their smartphones instead. The iPhone mic is pretty good, but you need to be within about four feet of it for it to work well. Also, it’s almost useless in wind or background noise. Voice Memos produces files in Apple’s .m4a format and does not allow you to upload to Dropbox or SoundCloud. So some reporters said they use instead Audio Memos for 99 cents, which records in universally readable .wav files, or iTalk which records in .aiff format. Both allow for uploading to the cloud. At the top end, there’s Hindenburg Journalist, an audio recording and editing app for $29.99 which records in .wav format and also allows for uploading.

Camera Plus seems to be widely used by journalists and photojournalists. The 99 cent app gives you more options and control over your photography than the built-in camera that comes with your phone. For example, the app allows you to separate the box for focus and the box for exposure, which are combined in the standard iPhone camera app.

Google Drive. A number of journalists said they use this so they could access their stories from all their digital devices, and use it to work on collaborations with colleagues. Storing work in the cloud is invaluable for anyone who works from multiple locations.

Evernote was mentioned by a lot of journalists for use in various ways. Many said they like its central organizing nature which lets them access their work from a laptop, a phone, a tablet or their desktop computer. Additionally it has features which allow for recording audio, clipping web pages, typing notes, taking photos, or recording to-do lists. 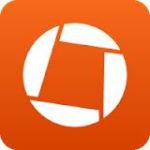 Genius Scan is used by reporters to scan documents for stories they’re working on and receipts which they need to submit for refunds. The app operates like a camera, you snap a scan of the document in question and it creates a  .pdf which you can email, upload to Dropbox or share. Other reporters said they used JotNot in the same way.

The following apps fall into the category of programs that are interesting to know about although you might not actually use them. 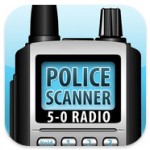 5-0 Radio Free Police Scanner. This is one of a handful of free apps that allow you to tap into scanners all over the country. Just listening in is an extraordinary experience. Sabo, the Daily News photojournalist, said in an email to my inquiry, “I used one of the scanner programs when covering [the school shooting in] Newtown, CT, last year. I had my regular scanner with me but it is programmed for New York City and it was easier to just search Newtown frequencies in my iPhone. I really only wanted to hear police block plans for when President Obama arrived. It worked, but doesn’t replace my real scanner.”

TranscribeMe. The idea of an app that will transcribe your interview for you so that you can copy and paste sections you want into your story sounds like a dream come true. Most journalists I asked said they found all the voice recognition apps they tried to be slow and flawed. And then there’s the cost. TranscribeMe charges a dollar a minute.

BeenVerified. This app allows you to background check a person. You can see if they  have criminal records, property information, find out about their relatives and neighbors. You can also do a phone search: input a phone number and see who it belongs to and where they live. They  let you do one check a month for free. Beyond that, you have to pay.

Banjo allows journalists to see what people in a certain location are sharing via their social media. You can search by town or area, allowing for reporters to find sources for their news coverage by tapping into a variety of different social media at the same time. Journalism tech website, 10,000 words last year wrote about a journalist who’d used Banjo to check a tip about a bomb scare at a mall.

The potential of these mobile devices is astounding to me. Gannett too, seems to be smitten by their capabilities as “digital workstations,” buying thousands of iPhones for their reporters, training them and encouraging their “inventive and pioneering spirit to push the boundaries of what we think is possible.”

“Used correctly, your iPhone is actually the ultimate killer journalism tool,” he said in a Facebook live chat exchange. “You can not only write and edit stories, take audio and video and pictures, you can use it to file to your editors and to social media and to interact with readers and viewers in real time. Despite all the cutbacks and diminishing quality in the industry, thanks to the technology it’s really a golden age for the art of news gathering.”

He had one final bit of very useful advice: with all this smartphone use, not a bad idea to buy a charger which doubles as a protective case.

Do you have an app that you like to use for your reporting?